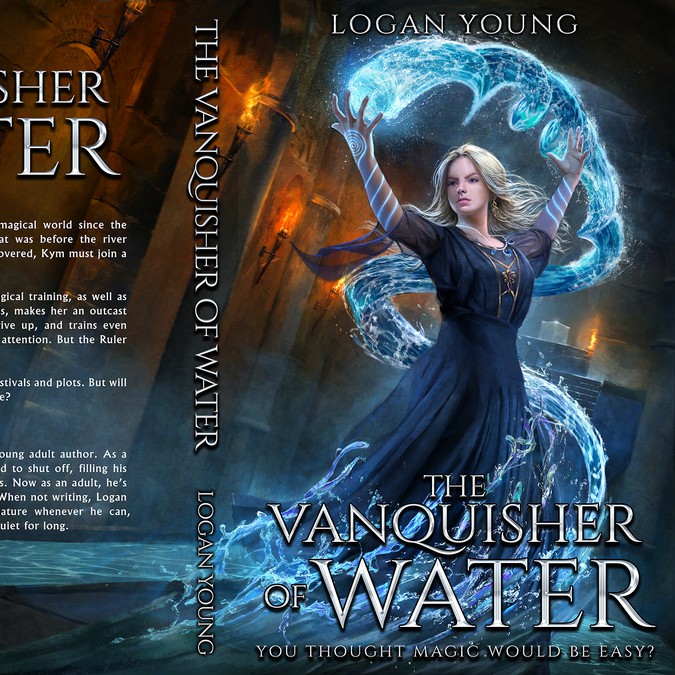 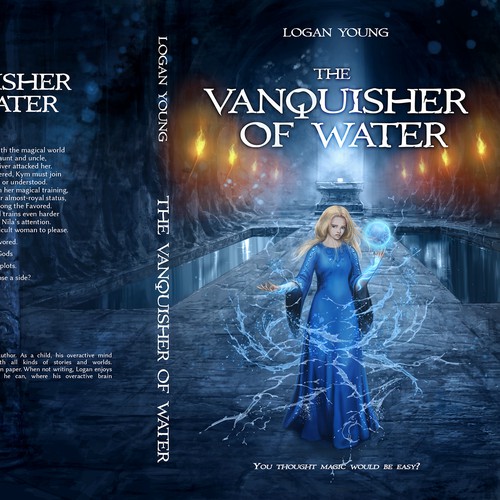 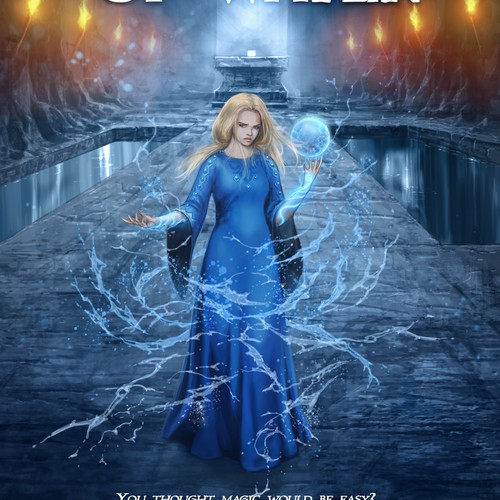 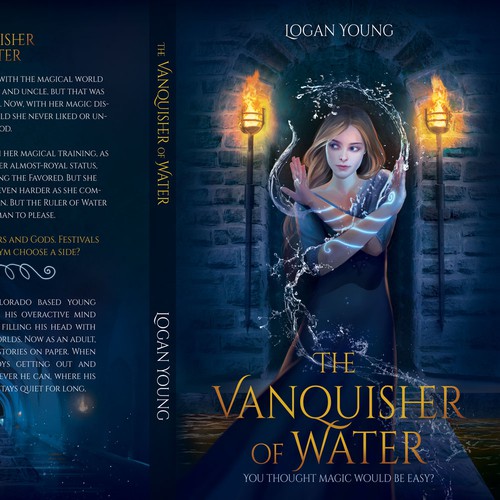 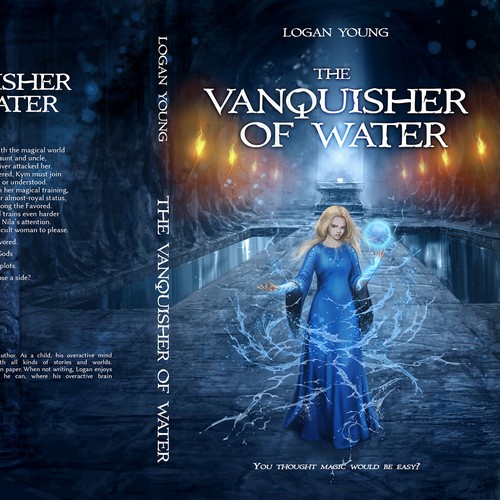 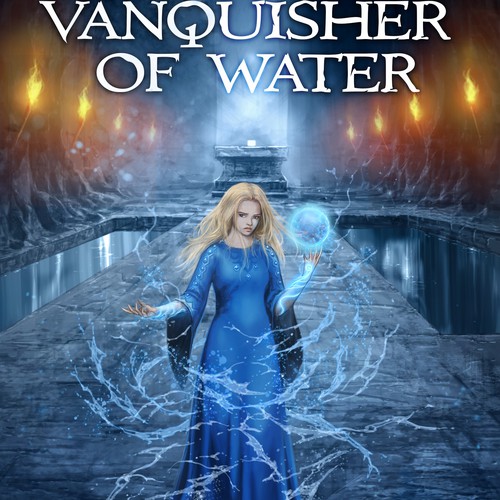 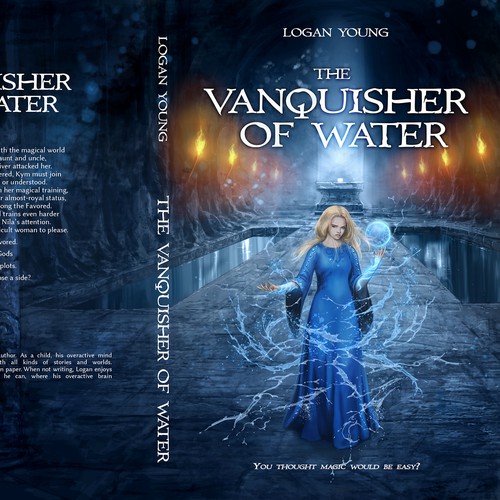 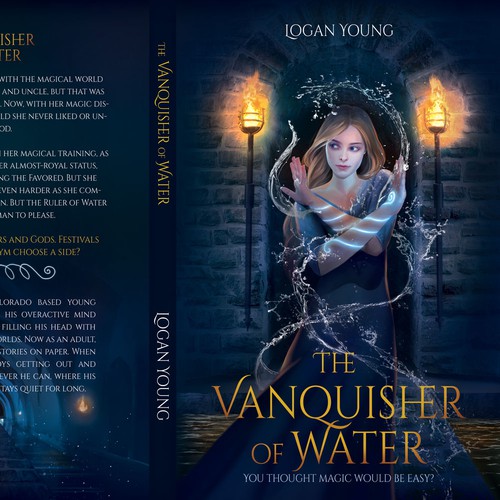 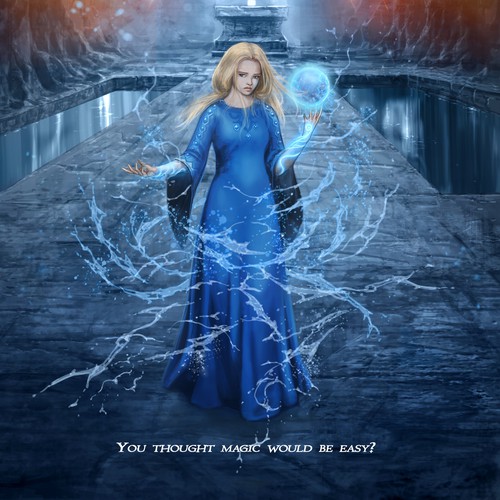 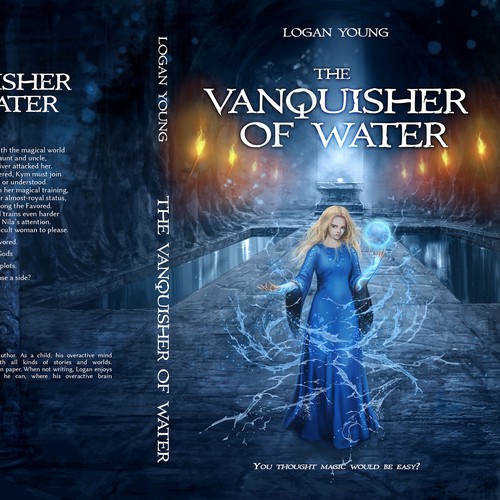 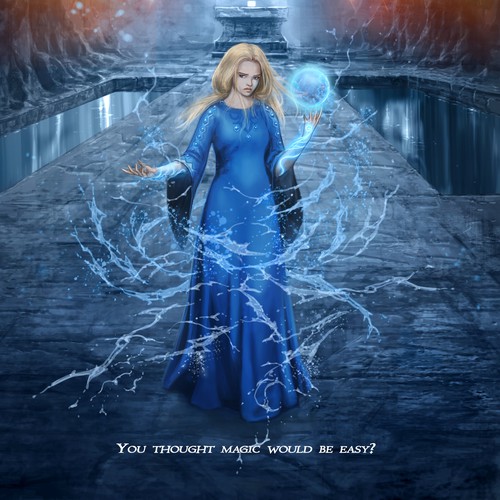 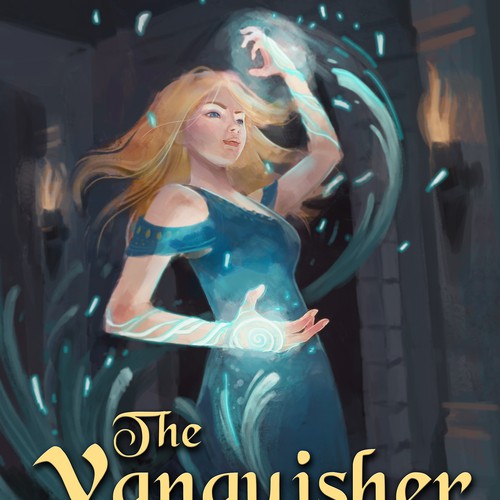 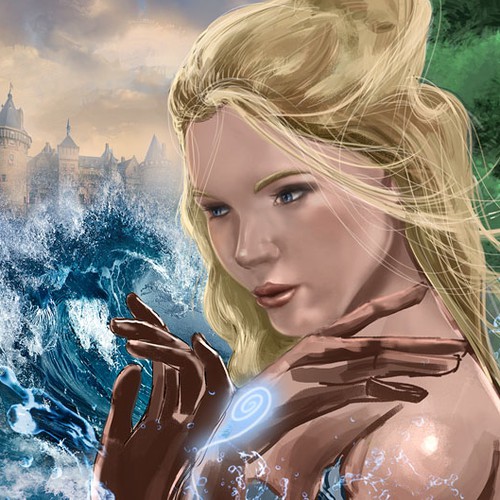 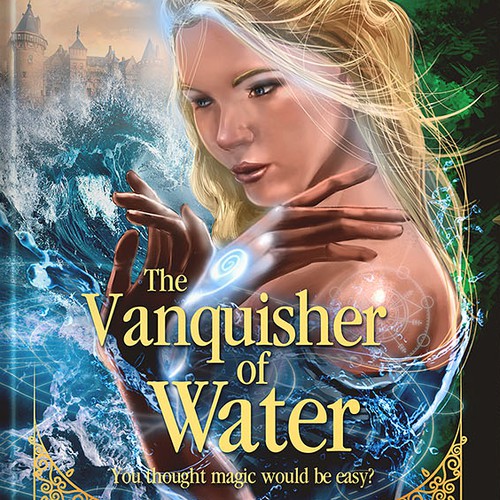 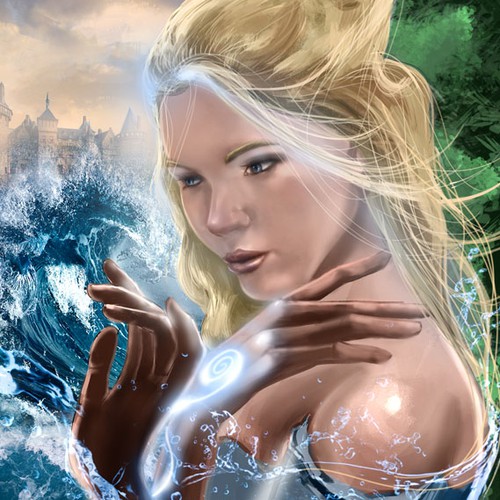 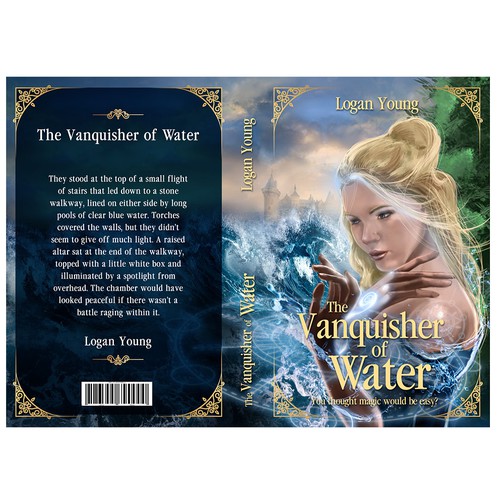 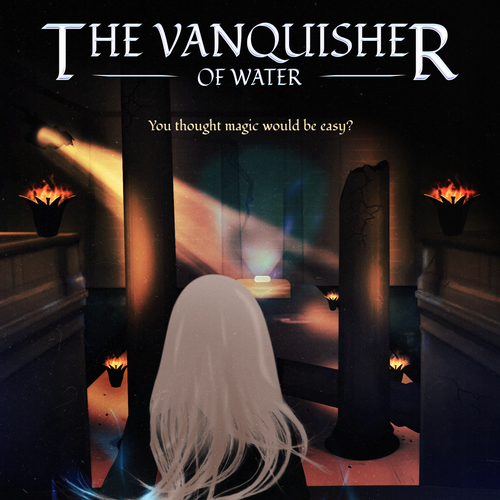 The Vanquisher of Water

Logan Young is a Colorado based young adult author. As a child, his overactive mind never seemed to shut off, filling his head with all kinds of stories and worlds. Now as an adult, he’s decided to put those stories on paper. When not writing, Logan enjoys getting out and exploring in nature whenever he can, where his overactive brain never stays quiet for long.

Tagline: You thought magic would be easy?

Blurb: Kym wanted nothing to do with the magical world since the deaths of her aunt and uncle, but that was before the river attacked her. Now, with her magic discovered, Kym must join a world she never liked or understood.

Kym’s inability to keep up with her magical training, as well as her resistance to her almost-royal status, makes her an outcast among the Favored. But she doesn’t give up, and trains even harder as she competes for Lady Nila’s attention. But the Ruler of Water is a difficult woman to please.

Magic and Favored. Rulers and Gods. Festivals and plots. But will Kym choose a side?

This book is written for young adult readers age 13-18 who enjoy fantasy and action.

This is the first book in a series.

I want the main character, Kym, on the cover. She is sixteen years old, has light blue eyes, light skin, and long blonde hair. Kym can do magic, and when she does, glowing blue spirals appear on the backs of her hands and work their way up to her elbows. Her magic is water based, so that should be represented on the cover in some way as well. Her clothes (dresses mostly) are made in varying shades of blue and typically covered in jewels.

Kym is a reluctant character, so she wouldn't be looking directly at the reader.

I would really like the "magical" elements to be really played up. In the book, all of the magic glows, and I would like it to be one of the main light sources on the cover.

I would like the cover to be dynamic (like the covers I have attatched). The magic system is very physical, and there is a lot of action in the book, so that should be represented.

I haven't had many thoughts on the background of the cover. One possible location could be:
"They stood at the top of a small flight of stairs that led down to a stone walkway, lined on either side by long pools of clear blue water. Torches covered the walls, but they didn’t seem to give off much light. A raised altar sat at the end of the walkway, topped with a little white box and illuminated by a spotlight from overhead. The chamber would have looked peaceful if there wasn’t a battle raging within it."
Other than that, I'm open to see what you come up with.

Kym spends a good chunk of the book fighting death demons with her friends. these took the forms of a giant, a giant squid, and a giant skeleton with wings.

With all of that said, if you have an idea that you'd like to run with, go for it. You are the professional after all.

Nothing too sexual. This book is for teens after all.

This is not a romance, so it should not fall into any of those tropes for romance covers.

Create a Cover for a Spiritual Book by a Best-Selling Author
US$ 300
Our target audience consists mainly of women (70%), aged 40+, interested in new age spirituality.
84
entries
19
designers
Design a book that will inspire people to sit and enjoy silence
399 $
Age 16-50, Global population
168
entries
43
Designer
Looking for a Book Cover of 5 "Star" Quality
259 $US
Business and life coaches, speakers. Mostly women ages 40-75 who look for a short read for inspiration.
153
entries
24
designer graphistes
Book cover
239 £
Young mums / parents / to be discussed after coffee mornings
8
entries
4
Designer
Creative Book Cover for a Female Dating and Relationships Title
$199
Women reading this book are usually younger and they’ve just been through a breakup. They don’t know how to collect the
150
entries
24
デザイナー数
The Sword & Mr. Stone -- a modern day search for Excalibur
199 $US
People interested in humor and fantasy.
43
entries
12
designer graphistes

Comienza ahora
Design a rustic book cover for an international mystery/thriller!
669 $CA
Adults interested in mysteries, thrillers, noir, international adventure and travel
134
entries
32
designer graphistes
Awakening - A Paranormal Romance Cover Contest
399 US$
Women anywhere in the world, 18-60 years old
89
entries
22
diseñadores
Book cover for a fiction about love, loss, and perseverance. Inspired by a true story
$399
Adult fiction romance love and loss mostly female
81
entries
22
diseñadores
Design a cover for "Messages that Mean the Most"- Inspiration for Finding Potential
US$ 199
Young persons in their twenties who have graduated and seeking direction and professionals in their thirties who seek in
37
entries
15
designers
Captivating cover for the book "The Way Home"
US$ 299
People in general interested in life stories. People that struggle with addiction.
121
entries
49
designers
paper back and ebook cover
319 £
● They want to lose weight ● They want to improve their overall health ● They want to feel better ● They want to burn
30
entries
9
Designer
Más información sobre diseño de portada de libro o revista
Vea como funciona