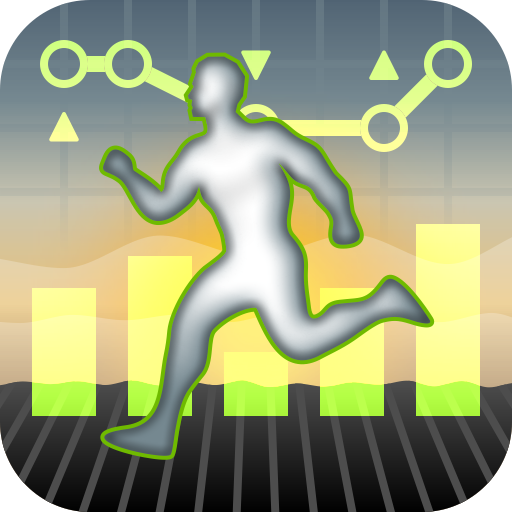 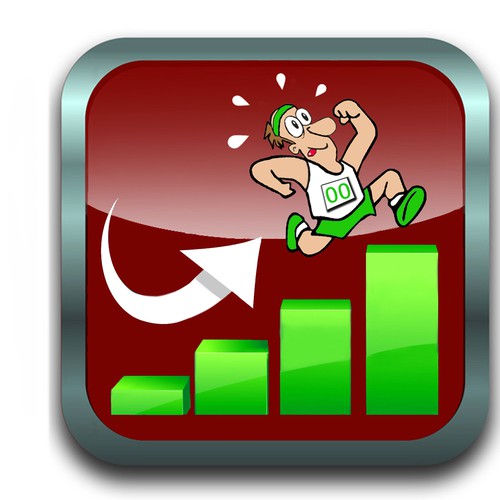 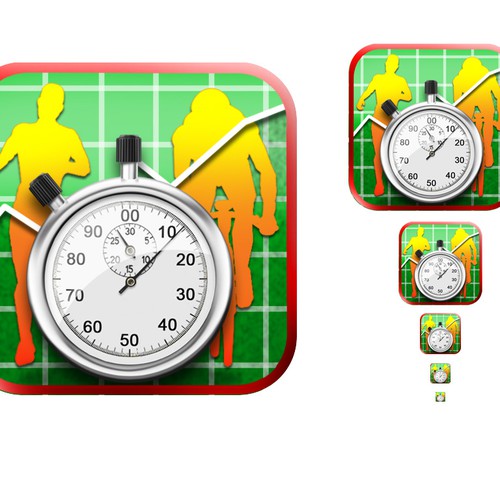 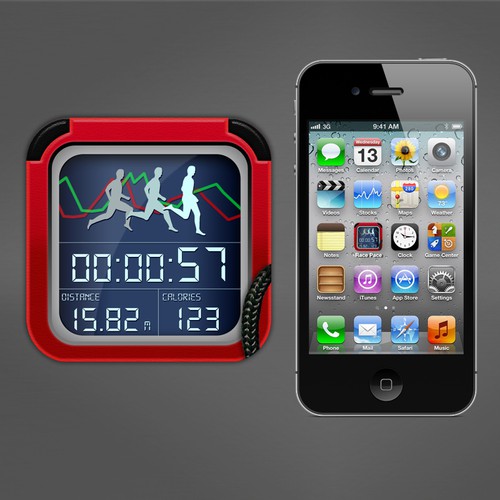 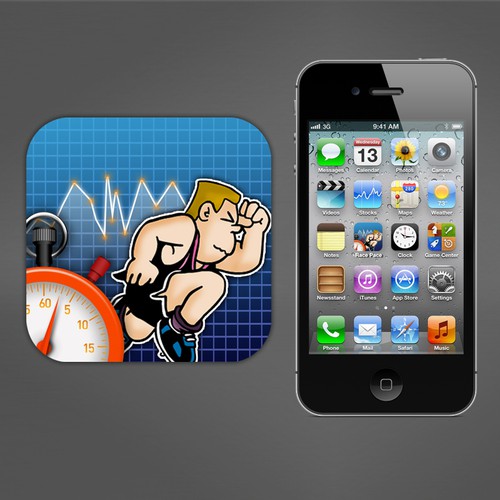 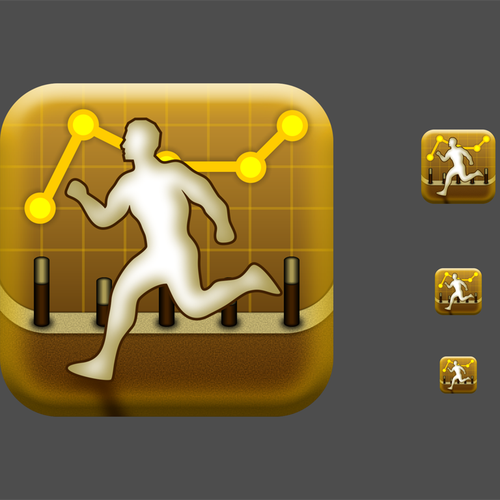 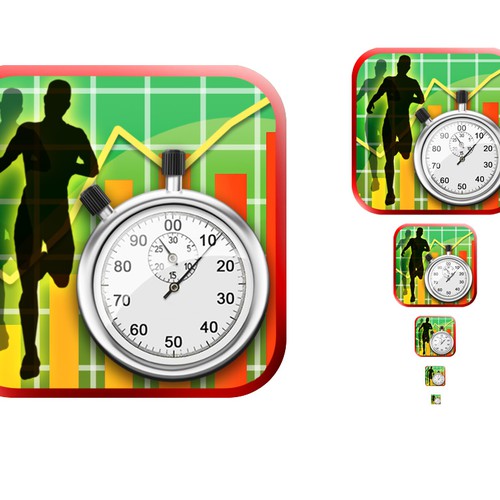 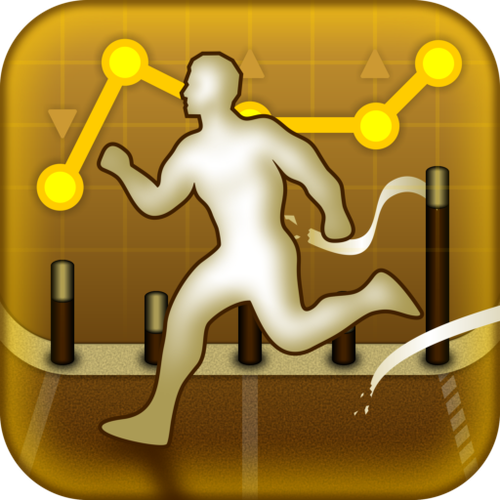 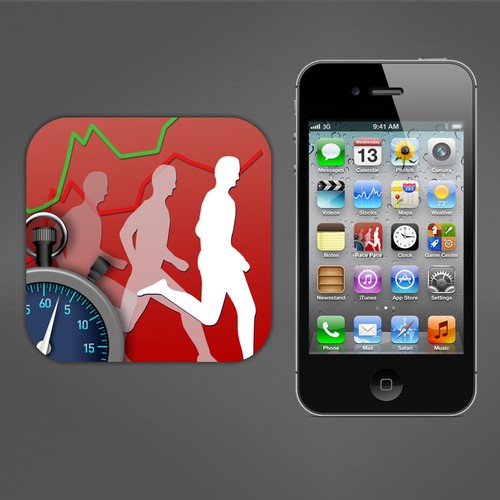 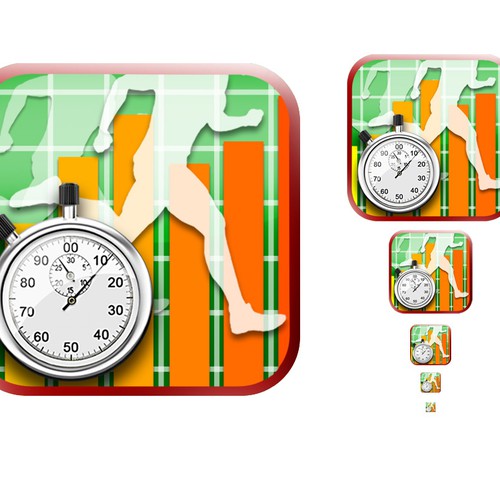 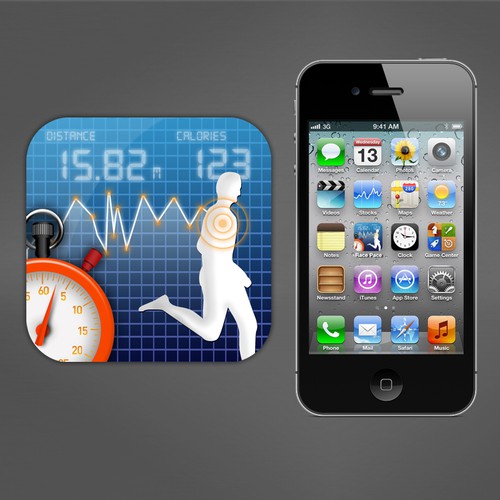 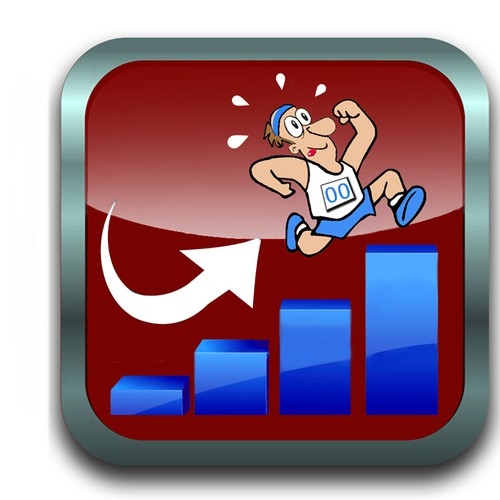 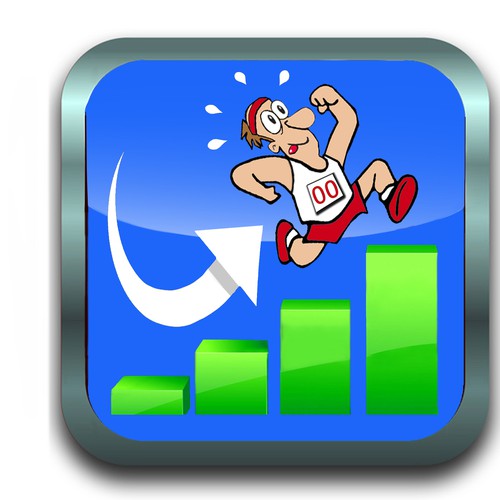 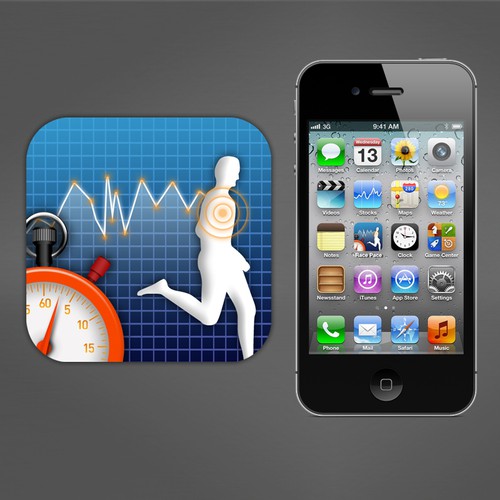 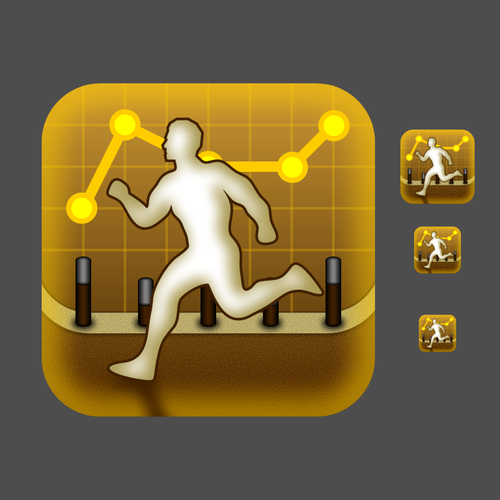 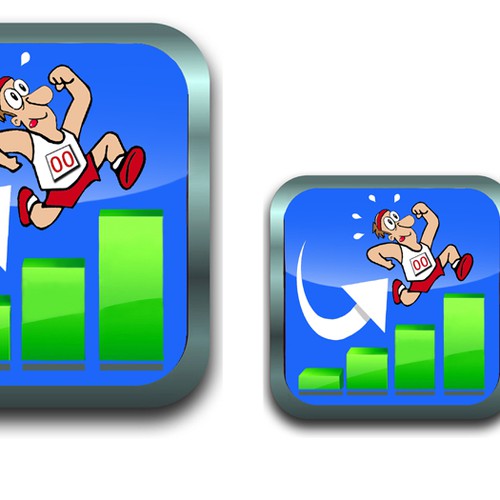 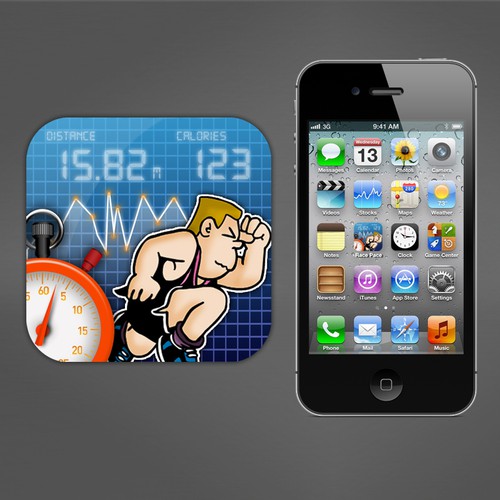 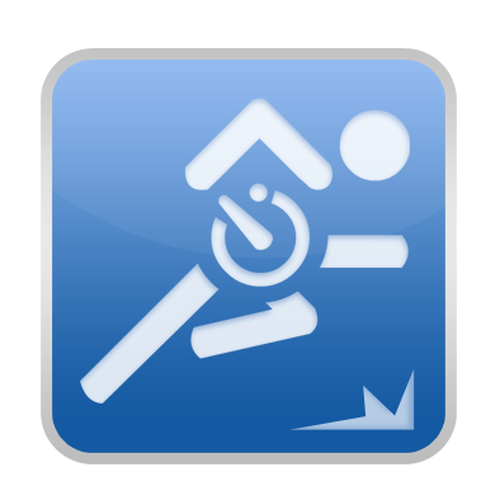 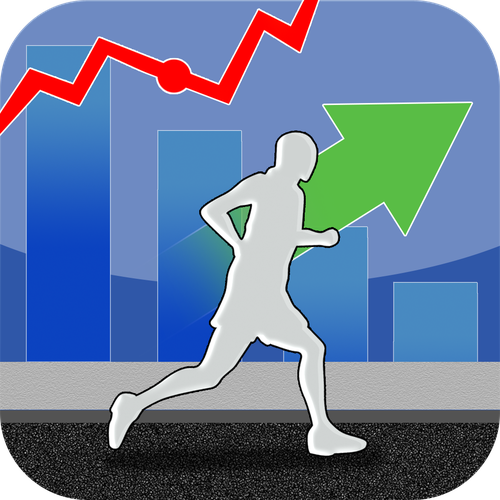 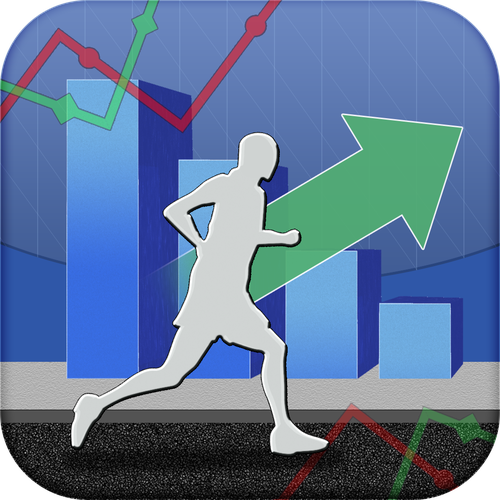 An application for Apple OSX that allows one to create various pace scenarios for a given race, then choose one with the level of effort that they believe they can deliver for the actual race. Thus, allows an analysis of many variants before picking what best suits them.

My application is primarily for running but would work for other areas such as bicycling, but that is secondary. I personally like icons that are not on the technically serious side but a little on the comical side, not as in funny but as in artwork that would appear in a comic, not a very detailed and accurate representation of the object.

Words I can think of that would go along with Race Pace (in no order) are: Racing, Pacing, Watch, Stop Watch, Charting, Start Line, Finish Line, Running, Calculating, Thinking.

I would favor an icon that looks good large and small over one that looks good only at a particular size. I would also prefer an Icon that could be used on a website as well and look good there, not just as an application icon in a launcher or the dock bar.

I would want the icon in a format that I can easily resize and export to various formats without a change in quality, i.e. vector graphics. A PSD would version would also be nice.

Custom icons for internal communications app
EUR 179
Employee experience app, news, information, tools and resources in a mobile first format
3
entries
3
diseñadores
Redesign Simple App Icon
US$ 199
The app is a reverse phone lookup where you can leave comments. The best example and competitors is Mr. Number or Hiya
245
entries
18
diseñadores
Physionexus - gamified education for physical therapy
USD 299
In essence this is a website for physical Therapists. It's designed to be a place to build community & further educatio
11
entries
4
designer
Design an App Icon for a Revolutionary Social Media App
$ 199
We are an app that creates photo contests. We are gamifying and monetizing social media. Users upload photos into contes
236
entries
23
Designer
Make me a beautiful app icon for my prank calling app called 3rdWheel
USD 199
3rd Wheel is a prank calling ios app that link two contacts that you choose from your phone and adds them to a conferenc
68
entries
24
diseñadores
Updated app icon for an iOS drawing/animation app
$599
I’m a hobbyist app developer, and in 2008, I released an app called Kineo for the iPhone. Kineo was a simple animation t
70
entries
23
デザイナー数