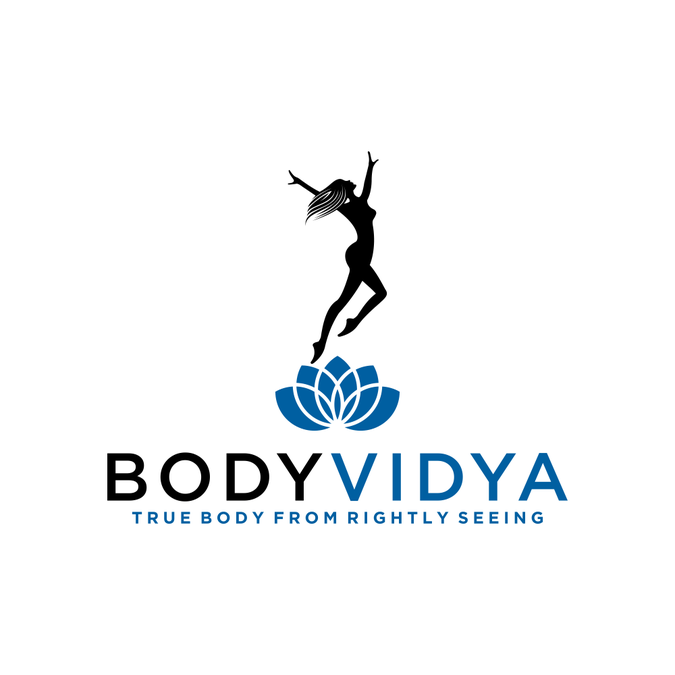 Design a logo for Bodyvidya: true body from rightly seeing 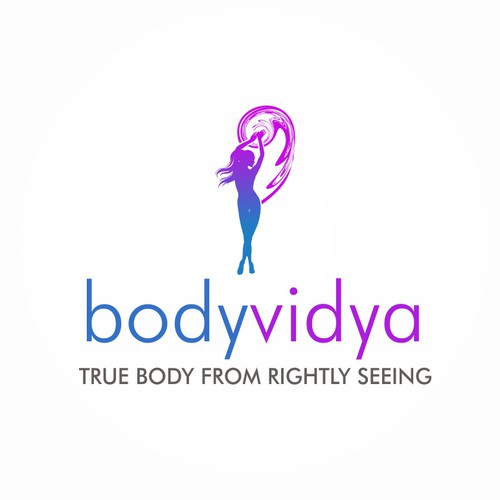 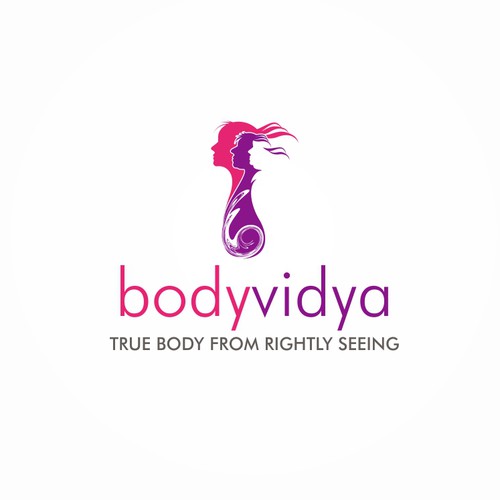 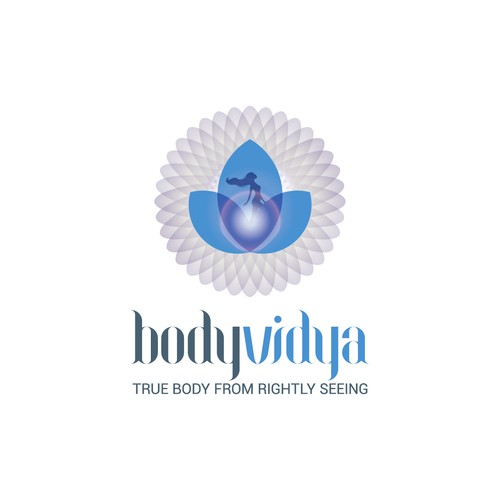 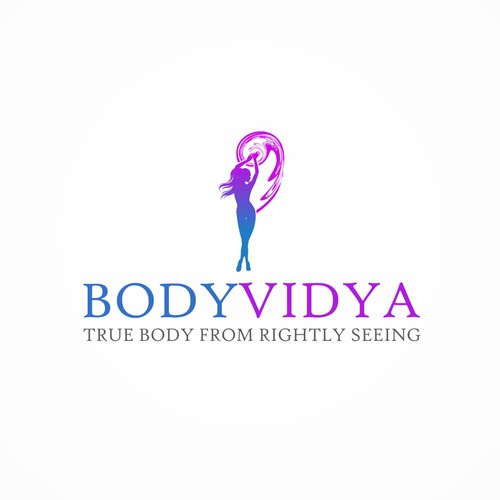 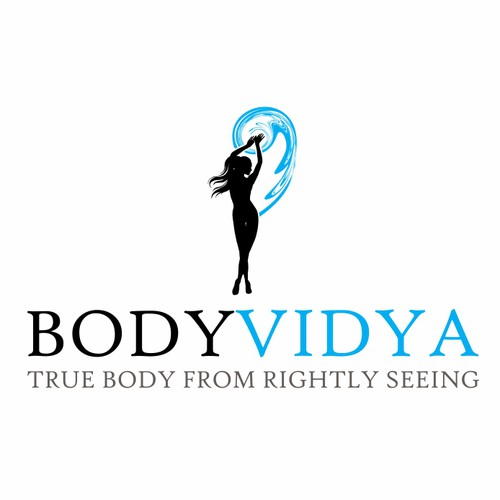 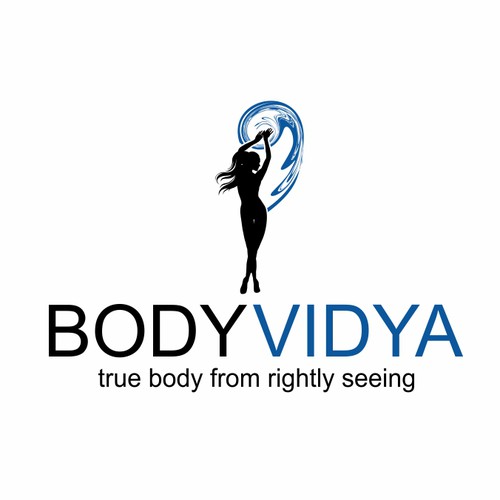 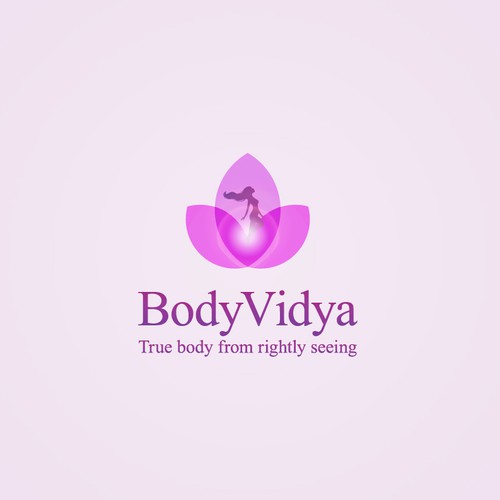 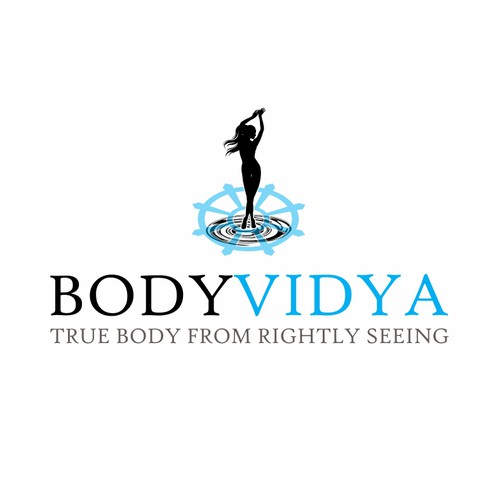 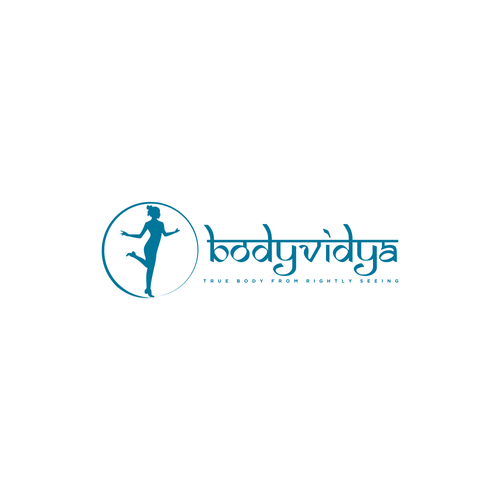 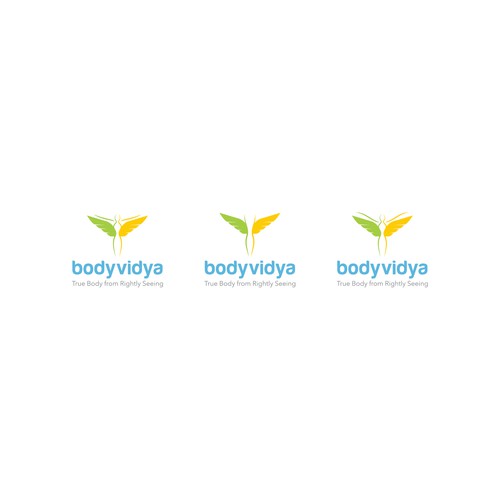 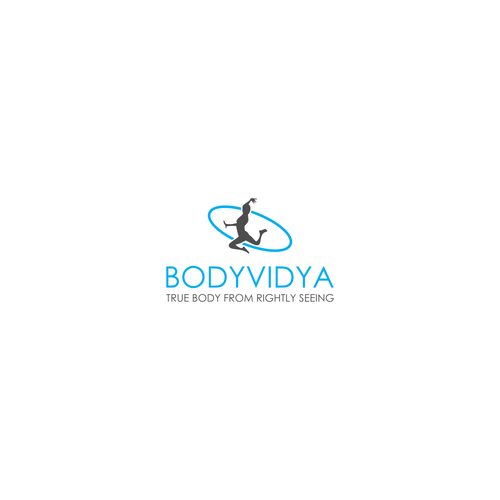 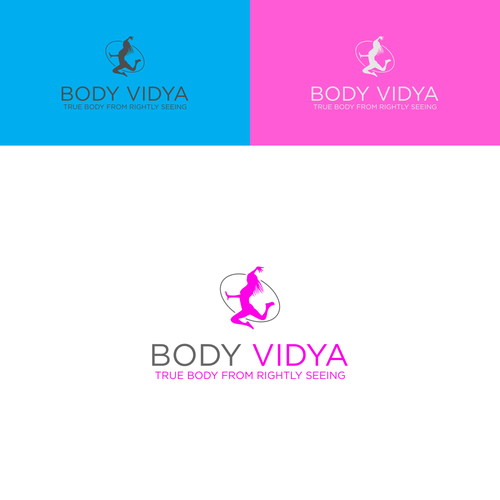 The target audience are people who feel trapped inside a vicious cycle: strong negative emotions lead to pathological eating, which results in guilt, shame, and further negative emotions, which inevitably returns the person to the beginning of the wheel of suffering.

Our audience desperately wants release from this cycle but feels powerless to escape. Bodyvidya provides the principles and practices which release its aspirants from this suffering.

Bodyvidya releases its aspirants from their suffering by bringing them to a point of rightly seeing their emotions, their eating, their own bodies, and the relationship between the three.

ABSTRACTIONS I NEED CONVEYED IN THE LOGO:

I would like the logo to somehow envision the following notions:

-- one coming out of delusion into a "right seeing" of the true nature of things;

-- one being "released" from, or "escaping" from a wheel of suffering;

-- a transmigration of one so suffering, from feeling helplessly overweight from out-of-control eating to feeling centered, fit, and confident.

High energy logo for indoor cycle studio
US$ 899
This design is for an indoor cycle studio. Concept ideas we have thought of and liked include blue flames or lightning.
207
entries
69
designers
Fitness content website needs a cool logo
269 €
We provide science based and no BS fitness content (workout plans/articles/podcast) on our new website [goodgains.org] f
202
entries
32
designer graphistes
Live Action Gamer
299 $
We provide a service and a product line of non-traditional, live-action games and battle toys that are based around the
21
entries
3
Designer
Flexi Muscle Logo design
US$ 299
The product is for fitness enthusiast. Professionals with busy schedules who are looking for fitness products to use at
141
entries
30
designers
We need a clean cut logo
299 $
Yoga Practice private
85
entries
32
Designer
Vegan Women Fitness and Health Company Needs Logo
US$299
Fitness, Nutrition, Health, Vegan, Workout, Plant-based, animal lover, women
32
entries
17
diseñadores

Comienza ahora
create a logo for women healing trauma via pilates
299 US$
Health and beauty, wellness
72
entries
19
diseñadores
One
USD 299
Pilates One is a pilates studio founded in 2007 in Coconut Grove, Florida. We have over 60 classes a week for our client
42
entries
19
designer
Our fledgling studio needs a logo to take flight!
USD 299
We are a health and wellness studio with a focus on yoga and meditation. We also provide healthy holistic meals. Our slo
69
entries
18
designer
Powerful Gym Logo for at risk teens
299 $
Urban (troubled) Youth
143
entries
35
Designer
Design a classy logo for Lean and Clean.
US$ 299
Audience is both male and female adults. We are a small health and wellness company that specializes in nutritional sup
49
entries
21
diseñadores
Create powerful logo for woman's gym
399 AUD
We are an aerial & pole fitness studio. We aim to empower woman and build friendships around our love for fitness and po
24
entries
6
diseñadores