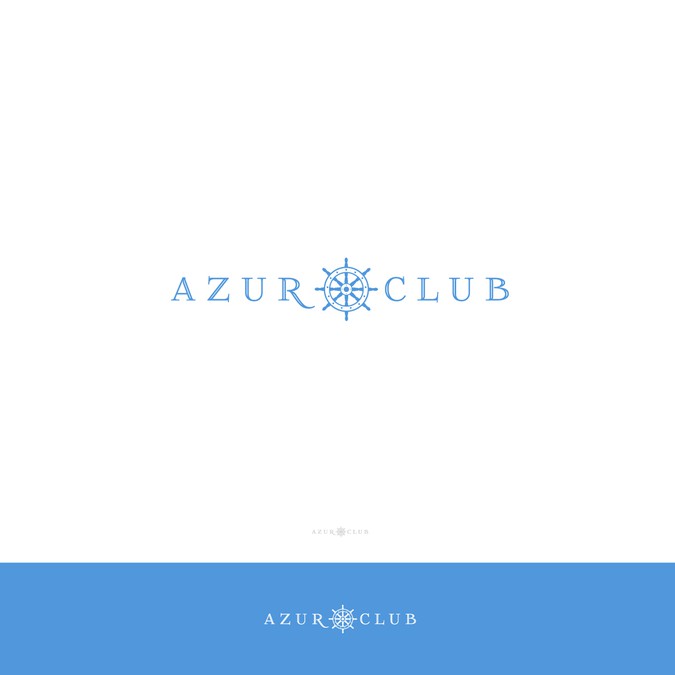 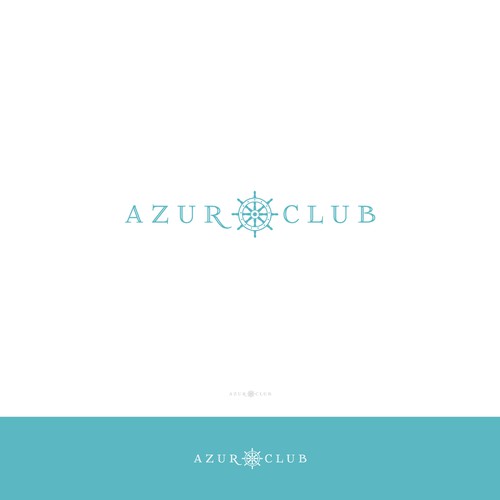 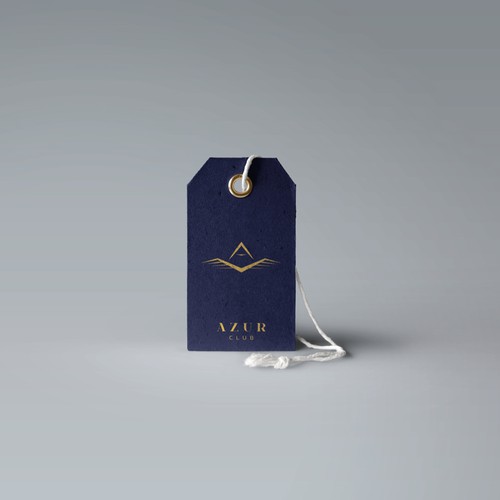 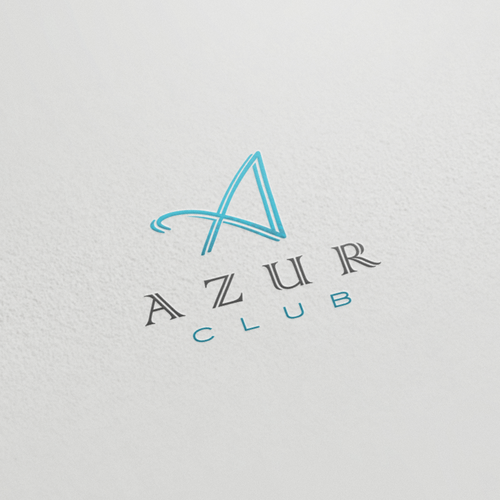 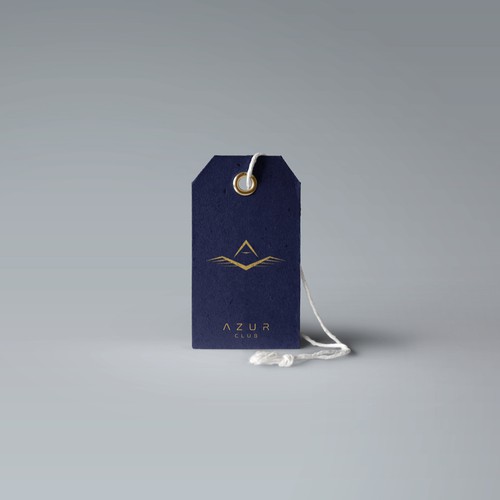 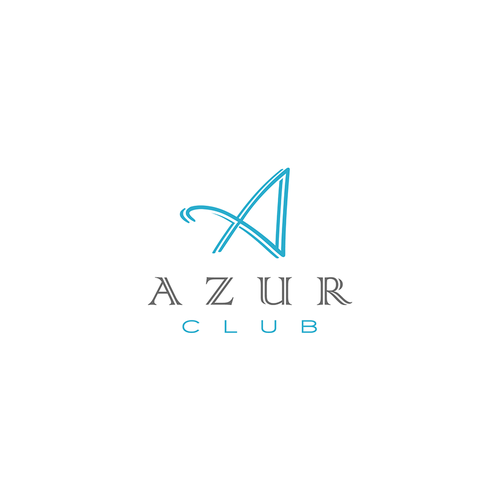 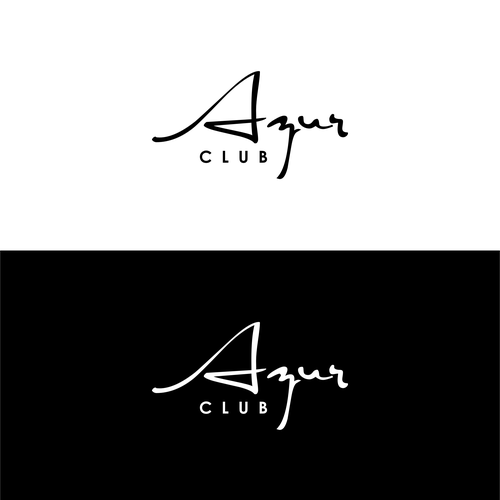 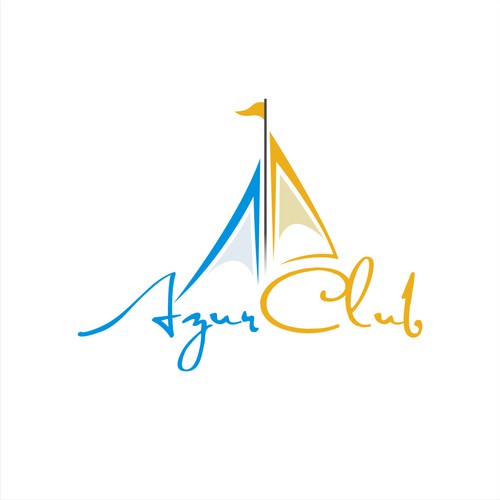 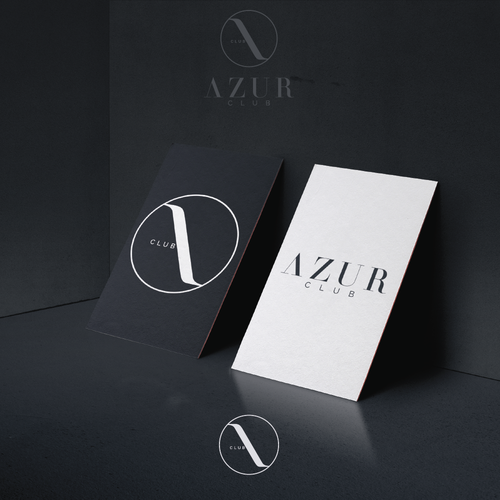 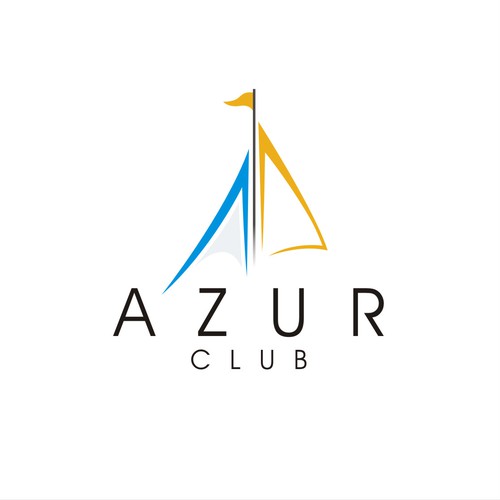 This is a creation, online distributor of Trendy / Luxury Beachwear

While we are going to sell a little bit of swimwear, the majority of the clothing will be more upscale clothes to wear at night going to nice restaurant or club, what you would wear during your 5-star carribean trip or hanging out on your yatch. The logo must reflect both the luxury / exclusive and the vacation / living on the coast side...

I attached one of my favorite logo. May be something in the same spirit. Height letter, clean but with a little symbol...Just an idea.
Symbol should be reference to the sea world or a artistic symbol (wave, boat ancker, sail, animal, or something else)

Also Ideally I would like to see at one version on a white background and a version with the logo in white in the dark background.

Few remarks looking at the first logos: We are not going to sell only swimwear but also shirts, polos, shoes.

AZUR is probably the most important word, you can either do something straight a little bit lie the Emporio Armani logo or have "CLUB" smaller on a second line underneath AZUR.

Mak sure you show me a version on a white background.

One of the nice symbol I have seen so far is a "artistic boat sail" within the A or above AZUR as logo. Could be something else
Thanks

Logo for high end competitive equestrian apparel
CA$ 389
Cavaliere, which translates into horsewomen in French, is a brand of competitive attire that is being developed for the
112
entries
27
Designer
fashion line for sexy curvy women needs logo
US$299
High End couture fashion dresses for curvy women.
667
entries
160
diseñadores
Design the logo for the world's coolest floral hat company
USD 499
We design colorful, creative, and patterned apparel for the coolest people on Earth. Those people pride themselves on li
220
entries
38
designer
"Devoted" to a new logo for this inspirational jewelry and lifestyle brand.
$ 299
We create jewelry and mala beads that inspire people to devote themselves to something bigger than themselves.
76
entries
13
Designer
Eco Friendly Lingerie Logo
US$ 299
Sustainable and ethically sourced lingerie designer and manufacturer
140
entries
59
diseñadores
New luxurious swimwear brand needs a logo
299 $US
Sophisticated and luxurious swimwear for both men and women. Target audience is 25-35 year old enlightened world travell
183
entries
54
designer graphistes

Comienza ahora
Logo for Cool Mens Fashion Brand
300 €
I am searching for a logo of a new fashion brand. We are debating two brand names at the moment: Either "Brawson" (or Br
196
entries
24
designer graphistes
Make an awesome and creative logo for our hat company Odd Flower Threads
299 US$
We are selling hats to consumings who believe in self expression and individuality in a very noisy world. Each hat will
54
entries
13
diseñadores
Make a creative luxury logo for one of the best $tyling entertainment groups of Amsterdam!
€ 259
We do the styling & book the dancers for high end clubs and festivals. We are known for our creativity and RICH appearan
162
entries
15
designer
UV Ninja Logo Contest!
299 USD
PLEASE NOTE: I do not want cartoon style ninjas! Please read below for what I am looking for. Thank you. My company
211
entries
23
designer
Fashionable Boutique Logo needed for new business owner
299 $US
I am opening a clothing boutique store. My target market is women aging from 22-35. I will be selling on trend and class
125
entries
18
designer graphistes
Create A Sleek, Modern Logo for Fashion Company
299 US$
At Canvas, we help men and women discover their personal style and build a wardrobe that reflects it. We work with men a
86
entries
15
designers